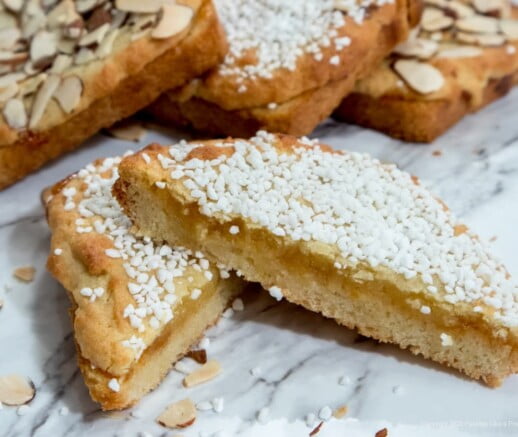 Twice Baked Brioche is a wonderful way to use a loaf of stale brioche, although for the life of me I don’t know who would keep brioche that long.  So, I just used day old brioche and pretended it was stale.  Also known as Bostok, this breakfast treat was created by a clever baker who had too much brioche on his hands.  Lucky for us!

Brioche and croissant are two of the most known breads from France.  No sourdough or large holed bread here.  These are in a class by themselves.  Brioche is ladened with butter and eggs.

Many years ago, I came up with my version of 60 Second Brioche which was featured in the cover story of Bon Appetit Magazine along with 10 recipes I created to be used with it.  The use of the food processor makes this possible.  But even if using a mixer, the recommended 20 minutes of beating after everything is incorporated is not necessary.  At the bakery we made brioche in a large 40 quart mixer.  We beat it five minutes at the very most.

I encourage you to read the 60 Second Brioche post for more information on this-one-of-a-kind bread. Yeast bread is broken into two main categories, lean and rich.  Lean bread consists of mainly water, yeast, flour and salt.  Rich bread includes eggs and butter. These breads usually take longer to rise during each step but the use of instant yeast is a big help.

Sponges are also often included when making rich breads.  The use of a sponge, cuts down on the need to use an overabundance of yeast.  A small amount of flour, yeast and a bit of water are mixed together and put aside to double or triple while the rest of the ingredients are prepared.  This multiplies the amount of actual yeast going into the bread. My recipe uses 1 teaspoon of yeast, which without the sponge, would be inadequate to get the bread to rise as the eggs and large amount of butter retards rising.  .

The frangipagne is a classic component of many French desserts and, thanks to the food processor, is quick to make.  Traditionally the Twice Baked Brioche is finished with sliced almonds which toast while baking.  I also finished some with Swedish Pearl Sugar.

In researching Twice Baked Brioche recipe, most recipes used a flavored soaking syryp and an almond cream. One recipe from Chad Robertson of Tartine Bakery had two innovations that I liked.  He toasted the bread first and spread a very thin layer of jam over the soaked brioche.  The jam can be varied and I feel it deepens the flavor of the brioche.  However, either of these can be omitted if desired. If you toast the bread first, do not brown it too much since the bottom will toast again in the oven.

While I didn’t try either of these suggestions, I can’t see why these couldn’t be prepared the day ahead and refrigerated to be baked off in the morning.  They should also be able to be frozen after assembly and before baking.  Can you imagine how great these would be for house guests?  They’d think you were up all night making Twice Baked Brioche for their breakfast or brunch. 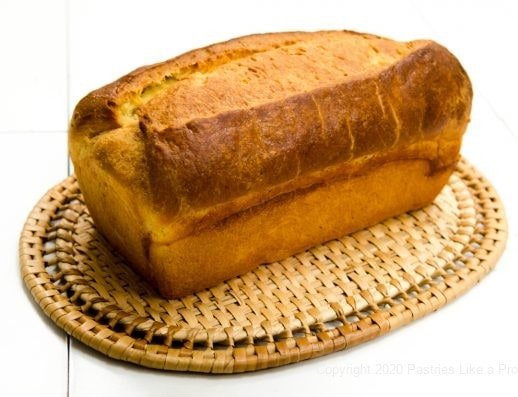 Please go to 60 Second Brioche.  Make the recipe as given with these changes.  Make this a day ahead or several days ahead.  The bread may also be made, baked, and frozen, well wrapped, for several months.

After the brioche has been refrigerated overnight or up to 3 days, roll the dough into an 8  x12 inch rectangle. 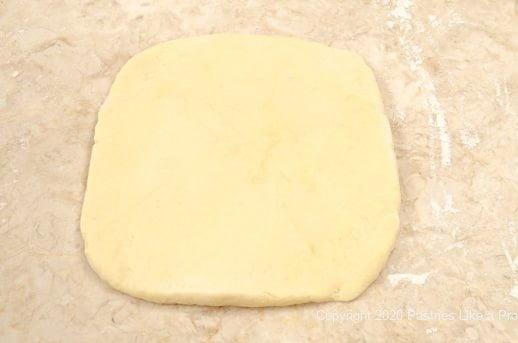 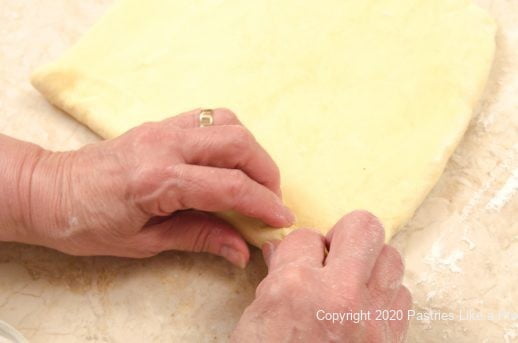 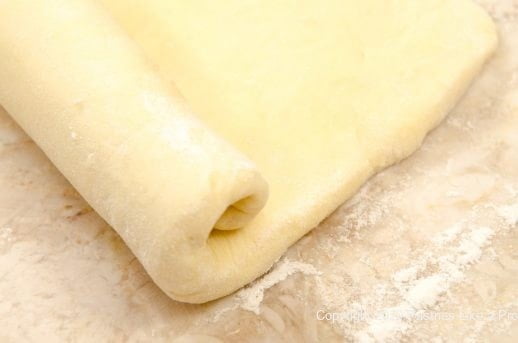 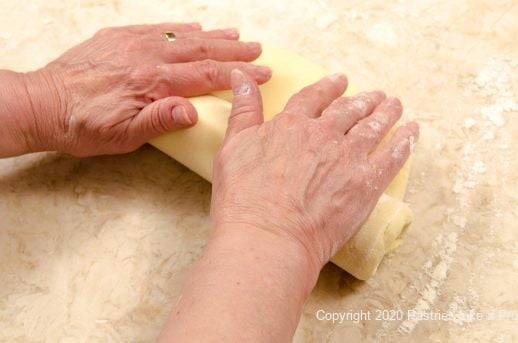 Pinch the bottom seam together. 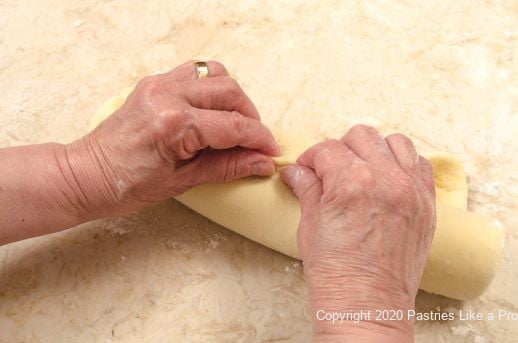 Place in the pan and flatten. 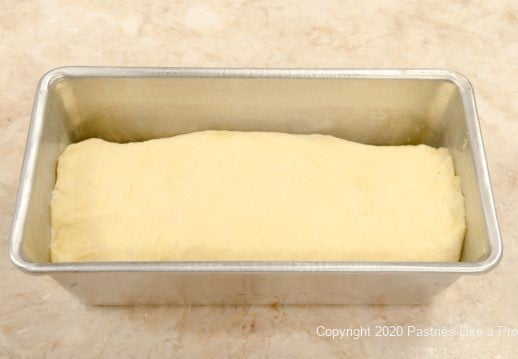 Let it rise for about 2 ½ to 3 hours or until doubled.  It will come just over the top of the pan. 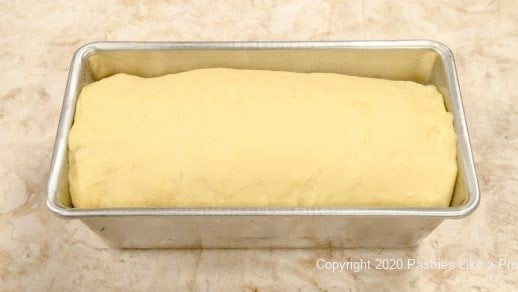 Brush the top with the beaten egg.  Wait for several minutes and brush it again. 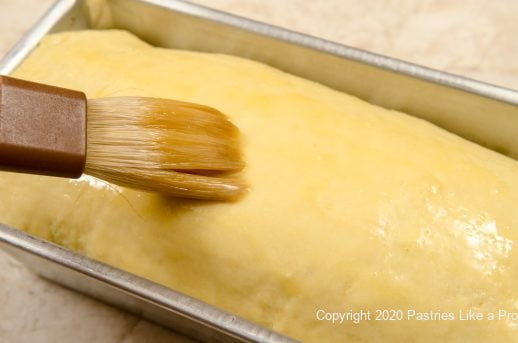 With a lame or a sharp single edge razor blade make a slash from the top to the bottom about ¼" deep and about ½" from each end..  This will allow the bread to spread at the top and not pop out at the side.

Preheat the oven to 375°F. Place the pan in the oven and bake for 35 to 40 minutes, covering lightly with foil if it starts to brown too much. 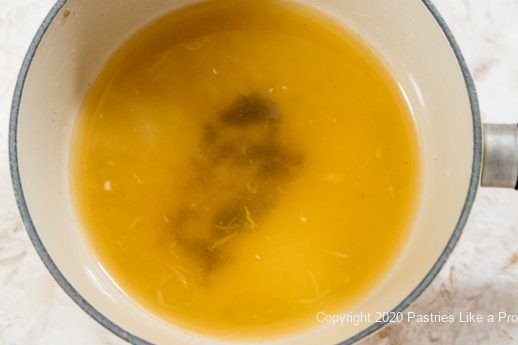 Combine all in a small saucepan.  Bring to a boil; set aside to cool.

Place all the ingredients in the bowl of a processor 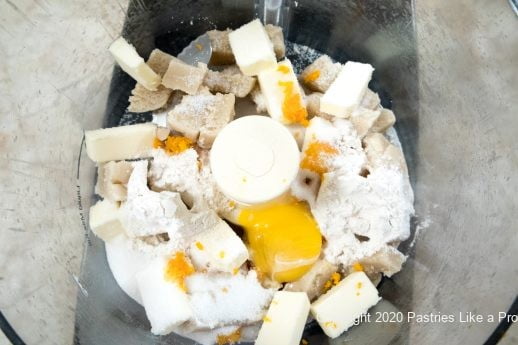 and process until smooth.  If it isn't spreadable, add a bit of water a little at a time and process again.   Set aside. 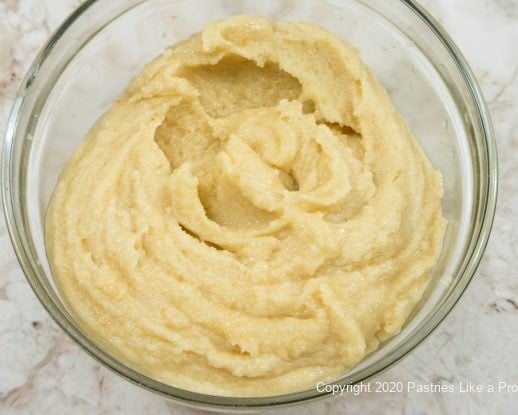 Preheat the oven to 375°F. Line a baking sheet with parchment paper and set aside. 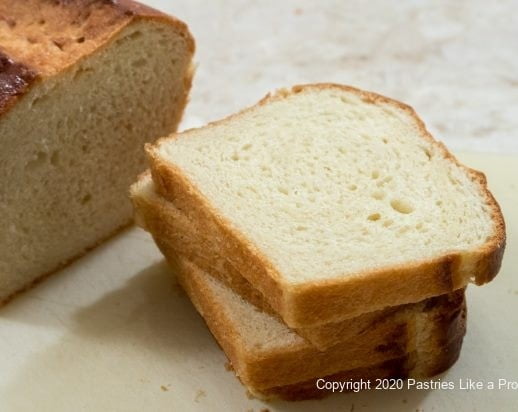 Toast the bread lightly if desired.  Soak the break with about 2 tablespoons soaking syryp. 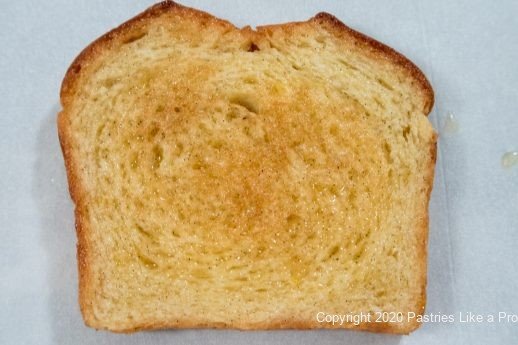 Spread about 2 teaspoons of jam on each piece of bread about ⅛” from the edge.  There should be a very light coating of jam. 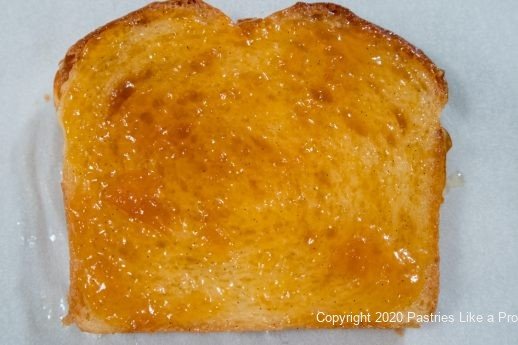 Top with about 3 tablespoons frangipagne, spread to within ⅛” of the edges. 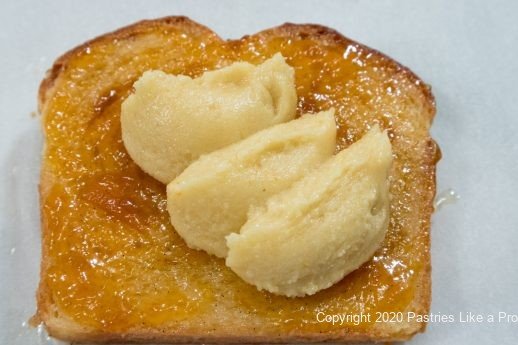 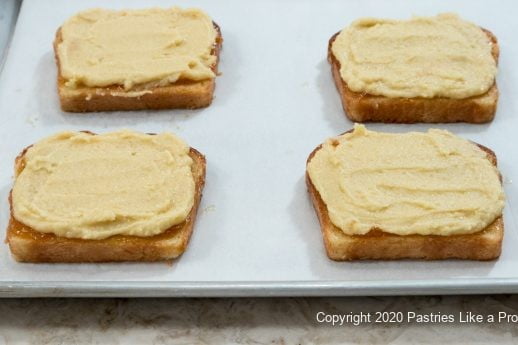 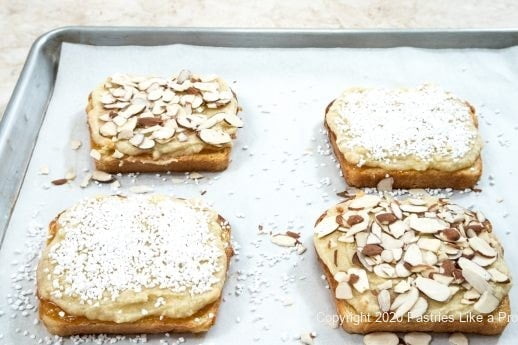 Double Pan and bake for 15 to 20 minutes until lightly browned.  Serve warm or room temperature. 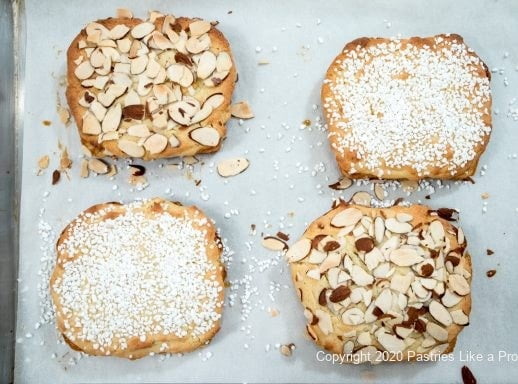 Here is Brioche used in another way.