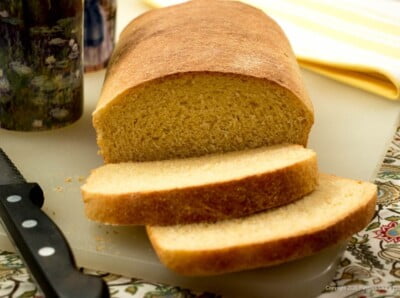 Different types of corn flour are increasingly being found in markets and in recipes. They can be confusing and often people substitute one for the other which sometimes works, sometimes doesn't.

I remember when cornmeal was the only corn product for baking on the grocery shelves.  But, as they say, "times are a changing" so I thought it would be helpful to look at this in-depth. While many of us have thought corn is corn  evidently that isn't true

Types of corn used in Baking

Dent corn is often used as livestock feed, in industrial products, or to make processed foods. Dent corn is also frequently referred to as "field" corn.  It is easily recognized by the dent in the crown of each kernel, hence the name.   Either white or yellow, dent kernels contain both hard and soft starch that become indented at maturity.

Because it has high starch and low sugar, it is not meant to be eaten like the sweet corn we are used to on our tables.  It is harvested at maturity when the kernels are dry and then processed.

Flint corn, also known as Indian corn, is used for similar purposes as dent corn. Flint corn has a harder outer shell than dent corn with a range of colors from white to red. It is also known by the name calico corn,  Today, most flint corn is grown in Central and South America.

Flint corn has a high nutrient value and once the grains are dried, they can be used for any number of foods, including cornmeal, corn flour, hominy, polenta, and grits.

One of the more interesting uses of flint corn is popcorn.  The kernels are dried to a certain moisture content.  When heated the remaining moisture makes steam which causes the kernel to turn inside out or "pop".  When you buy popcorn in the stores, it is flint popcorn.

This corn is mostly grown in Argentina but can be found in stores labeled as popcorn.

Corn Flour Products used in Baking as well as cooking

There is a variety of corn products used in baking and cooking.

Cornmeal is gluten free and can be ground from either yellow or white corn in different textures from fine to medium and coarse. It has a gritty texture and is not ground as fine as wheat flour.  Coarse cornmeal takes a long time to cook and should not be used in baking.  If a bag of cornmeal doesn't specify the grind, it is usually fine or medium.

Cornmeal can be found stone ground which retains the hull and germ and can be marked whole grain or it can be ground with steel rollers which get rid of most of the hull and germ yielding a more self stable product for a longer time.

There is some controversy over whether fine or medium grind cornmeal can be used to make polenta. Some say only coarse ground which takes a longer time to cook is correct.

Cornmeal can be used in yeast bread as well as muffins, cakes, spoon bread and for lining the bottom of baking pans when baking bread, pizzas, focaccia, etc.  Bear in mind that many of these recipes include wheat flour which makes them no longer gluten-free.

In addition to polenta, cornmeal is often used as a coating for fish or chicken as it adds crunch to the finished dish.

If you have a powerful blender you can make your own cornmeal by pulverizing popcorn.  I'm not sure I would go to the trouble, but it can be done.

Corn Flour is whole kernel corn dried and ground very fine.  It tastes very much of corn and is often used in gluten-free recipes.  It contains the hull, endosperm, and germ and is considered a whole grain flour.  There is an increasing number of recipes calling for corn flour.  David Lebovitz has an excellent example in Poilane's Corn Flour Bread.  Do not substitute cornmeal.

Although usually yellow, it can be white or blue depending upon the corn from which it is milled.

Cornstarch is ground from the starchy center of the kernel called the endosperm and is used to thicken pies, tarts, and sauces with a glossy finish.  It is tasteless.  When using cornstarch, it is important to mix it with another ingredient such as sugar or cold liquid before adding it to the remainder of the ingredients to prevent lumping when cooked.

Cornstarch should not be used when freezing because it loses its thickening ability upon thawing and the products can become spongy or watery.

Cornstarch is also used to lower the gluten content of flour.  If cake flour is not available, 2 tablespoons of flour per cup can be removed and replaced with 2 tablespoons of cornstarch. While not exactly the same it will help.

In the U.S., the difference between corn flour and corn starch is pretty straighforward.  However in the UK, cornstarch is referred to as cornflour.  So if you are using a recipe from the UK, be aware of the difference so you don't ruin the recipe.

Masa Harina translates to "dough flour".  It is used to make tortillas and tamales.  While it is a corn product, the corn is soaked in calcium hydroxide which makes it easier to digest and gives it its distinctive flavor. After soaking, it is rinsed several times to remove the soaking liquid, then dried.  It is ground into a fine flour that only requires water to turn it into a dough.

While it can be difficult to find in regular grocery stores depending upon where you live, it can be found in stores selling Latin ingredients as well as, of course, the internet.

Below I'm going to share two recipes. One for Classic Cornbread Muffins and the second for a Yeasted Corn Bread.  Next week I am going to post a Chili Bar with three different chilies for a Super Bowl party (or anytime for that matter) that can be made ahead.  These breads are the perfect accompaniment and they can be frozen.

Both are delicious served with Honey Butter. 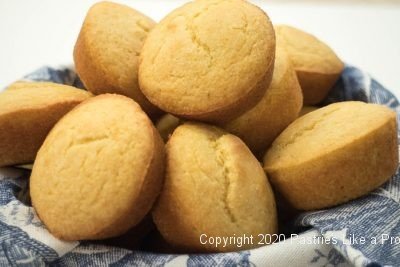 Preheat the oven to 425°F. Spray 12 hoe regular-size muffin cups with a nonstick spray.  Set aside.

In a large bowl, whisk together the cornmeal, flour, sugar, baking powder and salt.

In a 2 cup measure, measure the milk, then the oil.  Add the eggs and whisk to mix.

Pour the wet ingredients over the dry ingredients and stir just until it is mostly mixed.  Some lumps are fine.

Fill the cups ⅞ full (almost full).  Bake for 12 to 14 minutes until lightly browned.  Cool on a rack.

Storage:  1 to 2 days covered at room temperature. Freeze for longer storage.  If freezing, turn the muffins out and place them on a parchment-lined pan.  Freeze them. Transfer to freezer bags to hold. When ready to use, thaw on cooling racks and heat in a 350°F oven for 10 to 12 minutes to warm and refresh them. 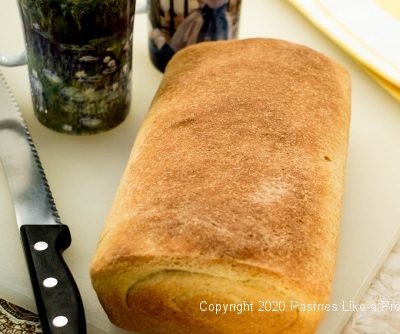 This bread has a tight crumb with a mild corn flavor and an inviting golden crust.  It is quick to make, slices beautifully and makes a good sandwich bread.  ]

Dissolve the yeast in ¼ cup warm water with a pinch of sugar.

Whisk together the flour, cornmeal, sugar, and salt together in the bowl of a mixer fitted with a dough hook if available.

Combine the yeast mixture, milk, and vegetable oil.  Pour over the dry ingredients.  Beat on low until all the ingredients are mixed.  Knead in the mixer for 3 minutes.

Spray a container with nonstick spray.  Place the dough in the container, turn it over to coat it with the spray.  Cover and let it rise for about 1 hour until doubled.

Spray a 9x5" loaf pan with nonstick spray.  When the dough has risen, turn it out and pat it into a 9 x 12" rectangle.  Starting at the 9" end closest to you, roll the dough tightly and place it in the pan.  Press it down.  Cover and allow to rise for about 30 to 45 minutes until doubled.

Bake for about 30 to 35 minutes until deeply golden brown.  Cool for 5 to 10 minutes in the pan and then turn it out and finish cooling on a rack.

Storage:  Kept covered this will last several days at room temperature.  For longer storage, freeze the loaf.  Thaw completely on a rack.   Wrap in foil with the top partially open.  Refresh in a 350°F oven for about 20 minutes.

Honey butter is so easy to make and goes well with cornbreads or whole wheat bread.  It's one of those little extras that make a meal or snack special

Stir the butter and honey together until smooth.  Serve at room temperature.  Refrigerate for longer storage.